Selected for your reading pleasure by: Jack 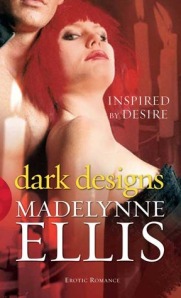 In a secret ballot, we scored the book:

The wine we enjoyed this month was: chosen with as much care as was the book. Jack. The house red. The ladies swoon…

Dark Designs: Will it be ‘three strikes and you’re out’ for Jack?? In his defense, he reports:

“A first for the WLBC – an evening with an author who actually knows his own book.

Actually, two firsts: a book review not written in the fictional third person.

Out of the blue, WLBC stalwart and resident wit Jack was contacted by a cricketing acquaintance, who was peddling his eagerly-awaited debut novel.  “It’s a collaboration,” we were told, “and is a real ripping yarn!”

Well, with such a glowing self-reference, how could we resist?

Set in 1920s Mayfair, via Templar Europe and the Holy Wars, this one was intended to be something akin to Indiana Jones and the Da Vinci Code.  We were also treated to a visit from the two co-authors, Timothy Garbett and Kimball Bailey (hence the name), to discuss the collaboration process and the reasons for writing.

Not to everyone’s taste, but the Q&A with the two authors was, I think, well received and they seemed to enjoy the evening, despite large parts of the evening being dominated by Jo and her incessant baby chat, and news of Heather’s impending deportation.

Can you hear it? The sound of Jack striking out? So can I. Or, at least, I would if I weren’t fictional.